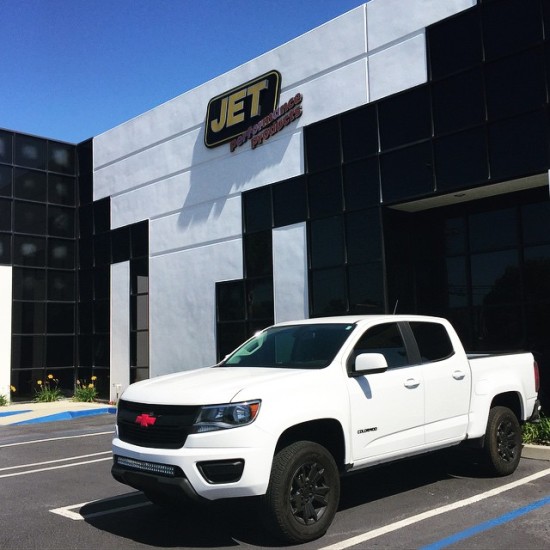 50 years has passed since JET performance Products started life as an engine building and carburetor shop. At the time the company was focused on drag racing applications providing race engines and carburetors to local Southern California drag racers. The company also ran many of its own cars in both NHRA and IHRA which resulted in setting national records in three different classes.

At that time the company was renamed Mike Jones Carburetion after one of the companies founders and over the next 17 years the company developed and tuned carburetors for some of the top names in Drag racing, NASCAR and Off Road racing in addition to building some of the fastest and most reliable street carburetors in the business. By this time these carburetors were being shipped all over the United States and Canada.

In 1985 Mike Jones sold the company to the current owner Bryant Seller. An Auto Mechanic, Tuner and Drag racer the company was a great starting place to develop new products and grow the tuning business.

In the mid 1980’s the automotive world was entering into a new era with the introduction of computer controls and fuel injection in most new vehicles. The way to tune vehicles was about to change forever, no more recurving distributors and re-jettting carburetors, electronics was going to take over the automobile industry….

Initially these changes looked like they would kill the performance industry, but change brings innovation and new opportunities. Seeing the opportunity and the challenges in these changes Bryant, along with a friend that was an electronics wizard set out to reverse engineer these new computer controlled cars and trucks to see what could be done to improve the performance. After thousands of hours of research and development the first JET Performance Chip was released for General Motors applications. The Company was renamed JET Performance Products and we were on our way to becoming the leader in computer controlled tuning technology.

It’s been 50 years and the company has come a long way. We have developed a large range of other performance products to enhance the performance and drivability of today’s cars and trucks while maintaining our love for the early stuff and still building the best carburetors for those applications.

In 2018 JET released over a 100 new applications and a complete new product line, the JET Xcelerator. Our Engineers and team continue to bring new and innovative products to the market and develop products that will enhance your automotive driving experience.

On a few personal notes I want to thank the customers for their support over the years, without you we would not be here, I genuinely appreciate it.

To everyone else that has been part of the company over the years I want to thank all of you for the time, effort, dedication and many years of loyalty. The company wouldn’t be what it is today without everyone that has spent so much of their lives dedicated to the success of JET.

One person I need to mention specifically is Ward Spoonemore, he was the smartest guy I have ever known, my mentor and my friend. Ward passed away 18 years ago but the simple fact is that without him JET Performance Products would not exist and my family and myself would have lead a very different life. There is not a day that goes by that I don’t think about him and what he did for me.

My life is tremendously better for knowing him, he is sorely missed.